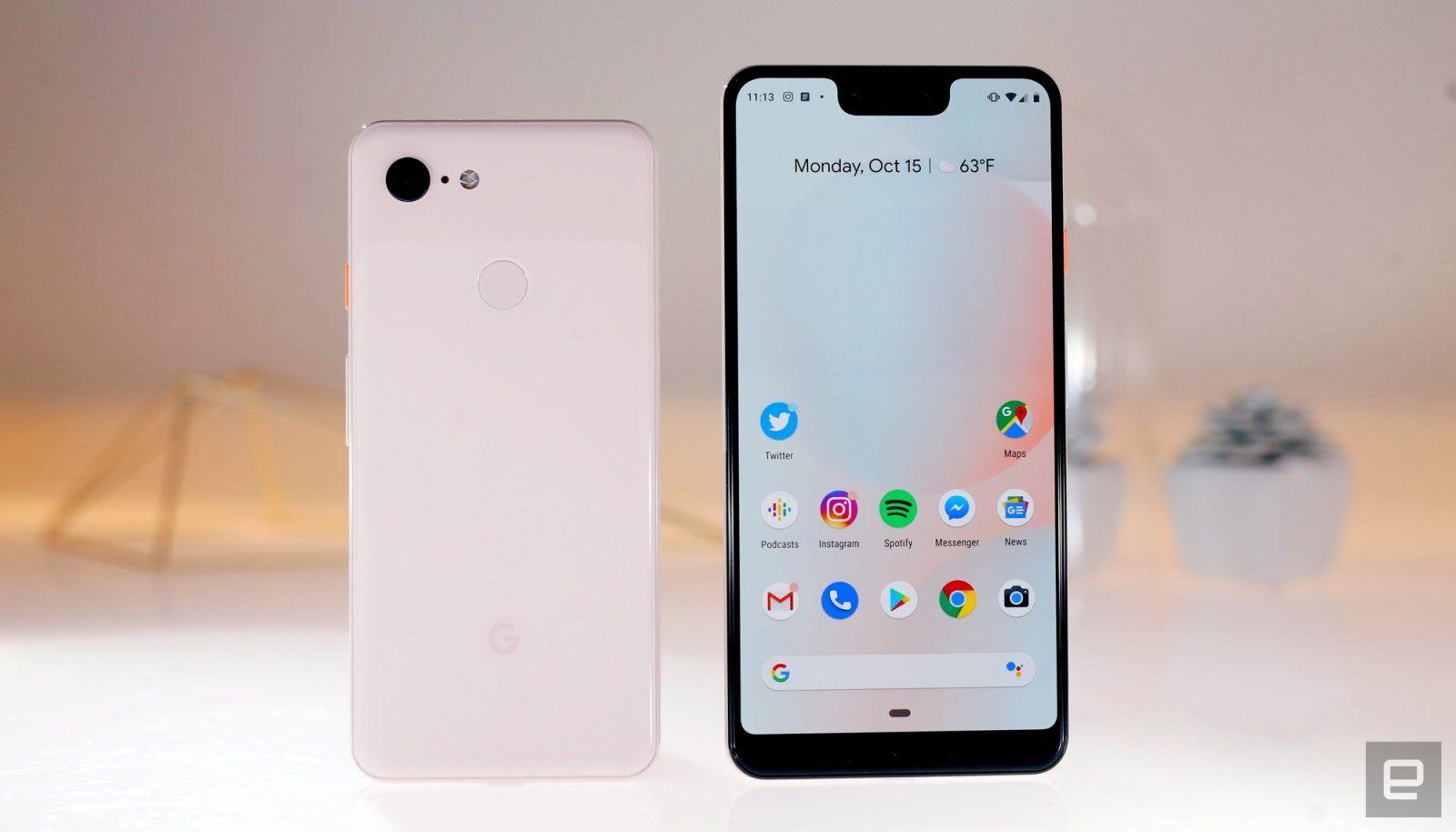 Google’s Pixel 3 and Samsung S9 are among the best and most affordable Android smartphones in the market today. Their small size and the convenience of enjoying every bell and whistle that the bigger phones brings make them even better.

Pixel 3 and Samsung Galaxy S9 are nearly identical to some of the high-end smartphones but cost so much less. The problem comes when choosing between these 2 gadgets especially if you don’t know much about android devices.

Now, it is certain that Pixel 3 is a great smartphone but, how does it compare to Samsung S9?  Well, let’s take this walk and know how these 2 amazing android smartphones compare:

Looking at the design and the display of both Samsung S9 and Pixel 3, you cannot fail to notice their striking difference. If you compare them to other smartphones in the market today, the smallish appearance will make them stand out.

Now, though both phones have attractive displays and great functionality in most situations, Samsung S9 is more colorful.

If you look closely, you’ll notice a striking similarity between Samsung Galaxy S9 and Galaxy S8 especially the glass at the front and back. The phone has a tall, narrow display that makes it feel elegant and velvety when you holding it.

Still on the design, Samsung S9 has a fingerprint sensor beneath the camera. Also, the phone allows a face unlocking technology, which is amazing.

Looking at Pixel 3, Google used glass in place of metal when making the back of the phone. In addition, there is a centralized fingerprint sensor at the back slightly below the camera.

Just like the previous models, both Pixel 3 and Samsung S9 provide an excellent camera experience.

Samsung S9 has a dual-aperture back camera with a 12mp sensor that allows it to shoot either f/1.5 or f/2.4 aperture. Even in low light, the camera can offer the best possible performance.

Still on Samsung S9’s camera, it has an OIS that allows it to record 4K videos of up to 60fps.

Pixel 3 has a 12.2mp sensor and an aperture of f/1.8. Just like Samsung S9, Pixel 3 optical as well as electronic image stabilizing ability. The camera also has night sight feature that enables it to take clear, detailed shots even in poorly lit environments.

In addition to the back camera, Pixel 3 has a front-facing camera great for group selfies. Though Samsung S9 also has a front camera though it is not very flexible.

When it comes to flagship processor, both phones use Qualcomm Snapdragon 845 which allows them to run smoothly. Whether you want to install the latest apps or play the most recent games, none of the phones will disappoint.

Both Pixel 3 and Samsung S9 have a 64GB base storage and 4GB RAM which makes them quite convenient for most people. For Samsung Galaxy S9, however, a variant of up to 256GB is possible which is higher than Pixel 3’s 128GB.

If you need to extend the memory of your Samsung S9, you can install a microSD where the memory will expand up to 400GB. Unfortunately, Pixel 3 does not have this option which means Samsung S9 carries the day on memory.

Now, regarding the batteries of these amazing devices, there is a slight difference where Pixel 3 has 3,000 mAh battery compared to Samsung S9’s 2,915 mAh. However, regardless of this difference, both phones offer an all-day performance without the need to recharge in between.

When buying any of these mobile devices, do not forget that their battery cannot run more than a day. and, the battery may run out even faster if you put it into intense use.

Though Samsung S9 has multiple features that make it more superior to Google’s Pixel 3 it is surprisingly more affordable.

The 64GB Samsung S9 goes for $719.99 but if you are lucky, you may even buy it at a lower price when there are ongoing offers. All you need it to keep checking for offers and when the right time comes, make your purchase.

For Pixel 3, the cost starts at $800 which means it is more expensive than Samsung Galaxy S9. If you are lucky, you can buy at a lower cost when there are ongoing promotions or discounts. By choosing Samsung S9, you will be saving more than $80 on your purchase which is huge.

This is one of the places where Samsung S9 and Pixel 3 differ, a lot! Now, when using Pixel 3, you’ll be among the first people to receive new Android builds as soon as they are released. In some instances, the security updates are sent monthly which means your phone will be up to date always.

In matters of software updates, Samsung is always lagging which is a huge letdown. For instance, during the launching of Samsung S9, Android 8.1 was available at the time but the company chose to use Android 8.0. To this day, Samsung Galaxy S9 is yet to receive any major updates.

Though Samsung S9 has multiple features, it is unfortunate that most of the apps are duplicates. For instance, you’ll find 2 messaging apps, 2 calendar apps, 2 email apps, and more. With this, the phone feels a bit overstuffed with unnecessary apps which is a great let down.

After buying your Samsung S9, you can choose to disable some of these pre-installed apps or even disable them to give your phone a more personal look.

Though Samsung Galaxy S9 has some amazing features, it is impossible to ignore Google’s superior offers. For instance, in place of Chrome, Samsung has its browser and instead of Google Assistant, it offers Bixby.

The truth is, Samsung’s software feels bloated at times unlike Pixel 3 that offers great speed, efficiency, and amazing purity. If you need a fully optimized user experience, your best choice will be Pixel 3.

Regardless of the bloated feeling when using Samsung Galaxy S9, it is certain that it provides an amazing experience. You will love the amazing features and the fact that it is a naturally beautiful phone.

But if simplicity is your thing, you will love what Pixel 3 has to offer.

Now, looking at both Samsung S9 and Pixel 3, you cannot fail to notice that each has unique features that make it stand out. For instance, Pixel 3 has squeezable sides’ ability just like HTC U11. With this feature, you’ll be able to quickly launch some features such as Google Assistant.

Also, you will love Pixel 3’s ability to show the song that is currently playing instead of guessing. There is also Screen Call that will come in handy when screening calls.

When using Samsung S9, you’ll enjoy the option of transforming yourself into 3D cartoon-like avatars. Also, the phone has the ability to offer desktop-like experiences using DeX.

Another unique feature with both phones is the self-made virtual assistant. If you consider the 2, however, Samsung S9 is less advanced compared to the highly advanced Google Assistant.

The truth is, both Pixel 3 and Samsung S9 have their strengths and weaknesses. And in most cases, the strengths exceed the weak points which make both phones worthy buying. Here are some of the pros and cons of these amazing phones to help you make the right choice:

To secure its market share and get more people to buy their Android devices, Google has to rework on Pixel 3. The phone lags in multiple areas compared to Samsung S9 and other Android phones that cost much less.

However, most people may get attracted to the phone due to the regular updates and amazing android experience. Google has done very little to make Pixel 3’s design match the high price at which one buys the phone. As a fact, one would feel cheated buying a phone that is not so good looking at a higher price yet get a bad deal compared to the one buying Samsung S9.

Looking at Samsung Galaxy S9, on the other hand, offers great performance, a beautiful screen, and an amazing camera, all in one package. Samsung has tried the best to provide a phone that is not only affordable but one that has the most modern features.

Besides lagging when it comes to updating its software, Samsung has done a great job with Samsung Galaxy S9 which makes it worth the price.

This said, however, remember you are the one that will be using the phone. Make a choice you will be proud of long after making your purchase and one that will meet your needs.