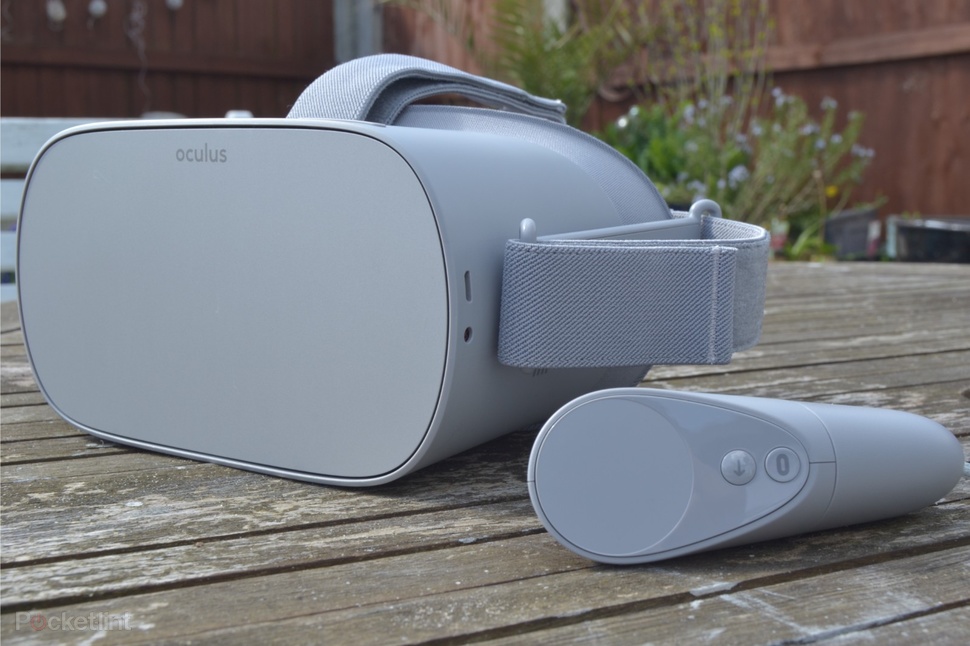 One of the most common names in VR today is arguably Oculus, especially its flagship standalone VR headset, the Oculus Rift. However, there is another one that is more affordable and aims to make VR more accessible with little to zero compromises in quality.

The Oculus Go is an all-in-one untethered headset, which means that it’s able to display the same type of functionality and graphical capability that the Rift is known for, but without being attached to a PC. Sounds like a painless and easy alternative, but how exactly does it fare against a full-PC-powered Rift, we’ll explore that here in this article.

In this one post, we’ll see if you really need a high-performing PC with the additional cost of a VR headset, or if the one-and-done Oculus Go is a commendable substitute for a full virtual reality joyride.

By far, one of the most prominent differences between the Oculus Go and the Oculus Rift is their prices. The Oculus Go’s base model comes in around $199 with 32GB of built-in memory and a controller. There’s also a 64GB model available that costs $249.

The Oculus Rift, on the other hand, has a bigger price tag to it, which is $399. The whole package includes two sensors and Oculus Touch controllers, the headset and several free VR apps including Toybox, Lucky’s Tale, Medium, Dragon Front, Dead Robo Recall, Buried, and Quill.

What’s more, the price of the Oculus Rift doesn’t include the PC that is required to power the device and play games on it. Even though a PC of minimum specs that are required to run the Rift isn’t that expensive, but it’s still an added cost on top of purchasing the Rift headset. And in order to get the right VR experience, a powerful PC is essential.

At best, the only minimum-spec PC that is powerful enough to run VR is less than $700.

The only problem this could pose for gamers who don’t own a powerful computer in their homes already will be paying almost $1,200 ($400+$700), where they would be paying for both a PC and the Oculus Rift headset.

Because the Oculus Go is an all-in-one system, it does not require any external hardware for it to work. The only times you pay extra while owning the Go is when you purchase new games or apps. You can also pair it with your phone through Bluetooth to function as an interface when you want to download, but other than that, Go’s internal components handle every VR content. In other words, the Oculus Go requires you to pay only $199 or $249 without accounting for other hardware components.

One of the biggest takeaways of the Oculus Go is that it offers cross-platform play with Samsung Gear VR and Oculus Rift, which means that Go players and users can share the same experience with other players with Gear VR and Rift headsets.

Most of the Gear VR’s popular titles are ported or being sold on the Oculus Rift. The same goes for Go, making it an interesting feather in the cap for the standalone VR product, but it doesn’t really equate to having the best experience as it does on the Rift.

The Oculus Rift offers games with VR capabilities that are available for purchase on the Oculus Store and Steam. But the biggest edge with the Oculus Rift is that with the aid of a powerful high-end PC, the games that run on the Rift will offer incredible experiences, especially when the visuals aren’t being on the Go’s weaker hardware.

But other than graphics, the Oculus Go and Rift differ in experiences because they each offer different kinds of tracking and levels of freedom.

Unlike the Rift, the Oculus Go is made for experiences that involve sitting around without the need for greater mobility or looking around. It is capable of handling 360-degree videos well. And while there are plenty of excellent games and experiences available, the Oculus Rift more advanced VR games due to its hand tracking and 6DOF.

And since most VR experiences are built on absolute freedom that’s offered by the HTC Vive and Oculus Rift, they don’t always deliver the same kind of experience on headsets that just have rotational tracking. Because of this, such games don’t get ported to straightforward headsets.

With that in mind, don’t expect yourself to be playing some of the Rift’s best titles including Robo Recall, Fallout 4, Doom VFR and The Elder Scrolls V: Skyrim VR on the Go device, despite there being loads of other amazing titles. Plus, to get the best performance from these games, a stronger PC is necessary.

In short, the Oculus Go lets you enjoy whatever apps and games are available on its hardware. But for the Oculus Rift, you need a more robust PC hardware to play games that require more resources.

Even with the Oculus Rift’s high price and higher graphical demand, it’s not enough to squash the Oculus Go’s. Let’s get a closer look at the kind of hardware that each is built on.

Displays are some of the most critical aspects necessary to nail the true experience needed for VR. First, within the Oculus Go’s headset features a fast-switch LCD display that includes a resolution of 2,560 x 1,440 pixels. It’s crucial to have a high resolution when playing VR games as seeing the space between pixels could deter one’s experience.

The screen of Go runs at either 60Hz or 72Hz, which means the screen displays about 72 images per second that create a fluid visual experience necessary for VR. The Snapdragon 821 mobile chipset – which is found in numerous smartphones – powers the headset. It runs on an internal lithium-ion battery that provides about 2.5 hours of video playback and 2 hours of gaming. It also comes with a microphone, built-in speakers and 3.5mm headphone jack for private listening.

All of this translates to decent fluid visuals with sharp VR content. The built-in sensors in the headset detect your head’s rotational movement and then adjusts your view in VR so that it corresponds to it. This basic function of VR tracking is known as inside-out tracking and is the type suitable for seated games as well as apps.

Although you remain in one place with the Go’s VR world, you can turn and look in various directions – this is known as 3DOF, (3 degrees of freedom). The controller, on the other hand, functions as a pointer in the virtual world.

The Oculus Rift uses a single 1080 x 1200 OLED display for each eye adding up to about 2,160 x 1,200, which still provides a clear picture and can refresh the image at 90Hz. And although this is capable of providing an amazingly smooth VR experience, the real smoothness comes from when the headset is tethered to a high-end PC.

The microphone and the built-in headphones provide easy chatting and clear audio. Using a USB 3.0 and split HDMI cable you can connect the Rift to a computer. And since it isn’t battery-operated, you can enjoy an unlimited amount of VR without. In addition, your friends can see what you’re playing by sharing the view of your VR game on the computer monitor.

The main selling points of the Oculus  Rift is its 6DOF and outside-in tracking. What this means is that the Rift uses a multitude of external sensors which track the headset’s position and allows you to touch the controls in a 3D space, wherein you can rotate your head to adjust your view as well as move around within space.

You can also manipulate objects in VR by tracking the controllers like controlling your own hands. This headset offers excellent immersion but does require space to set up the numerous sensors and also to move around.

After going through each of their strengths and weaknesses, it is obvious that the Oculus Go and Rift are winners to a specific group of audiences.

Firstly, the Oculus Go is preferable to casual VR folks who are simply looking to experience the VR world wherever they want to be in the world. It’s simplistic and cheap. It’s a commendable option for first-timers or even those who are passionate about VR and want an easy solution to share their experiences with their friends, siblings, and loved ones.

The Oculus Rift, on the other hand, is for the truly passionate VR marks. Even with the steep rates, it doesn’t hinder them from wanting to buy it or even purchase a high-end PC to run it. These are especially the kind of people who prefer 6DOF in VR to be an essential factor for VR gaming. If you’re that type of consumer, then the Rift is for you.

And if your someone who doesn’t fit anywhere in between these two headsets, then there is another viable option available, known as the Oculus Quest. It is an all-in-one headset that offers the Oculus Go’s standalone features as well as the Rift’s power profile, hand tracking, and 6DOF.