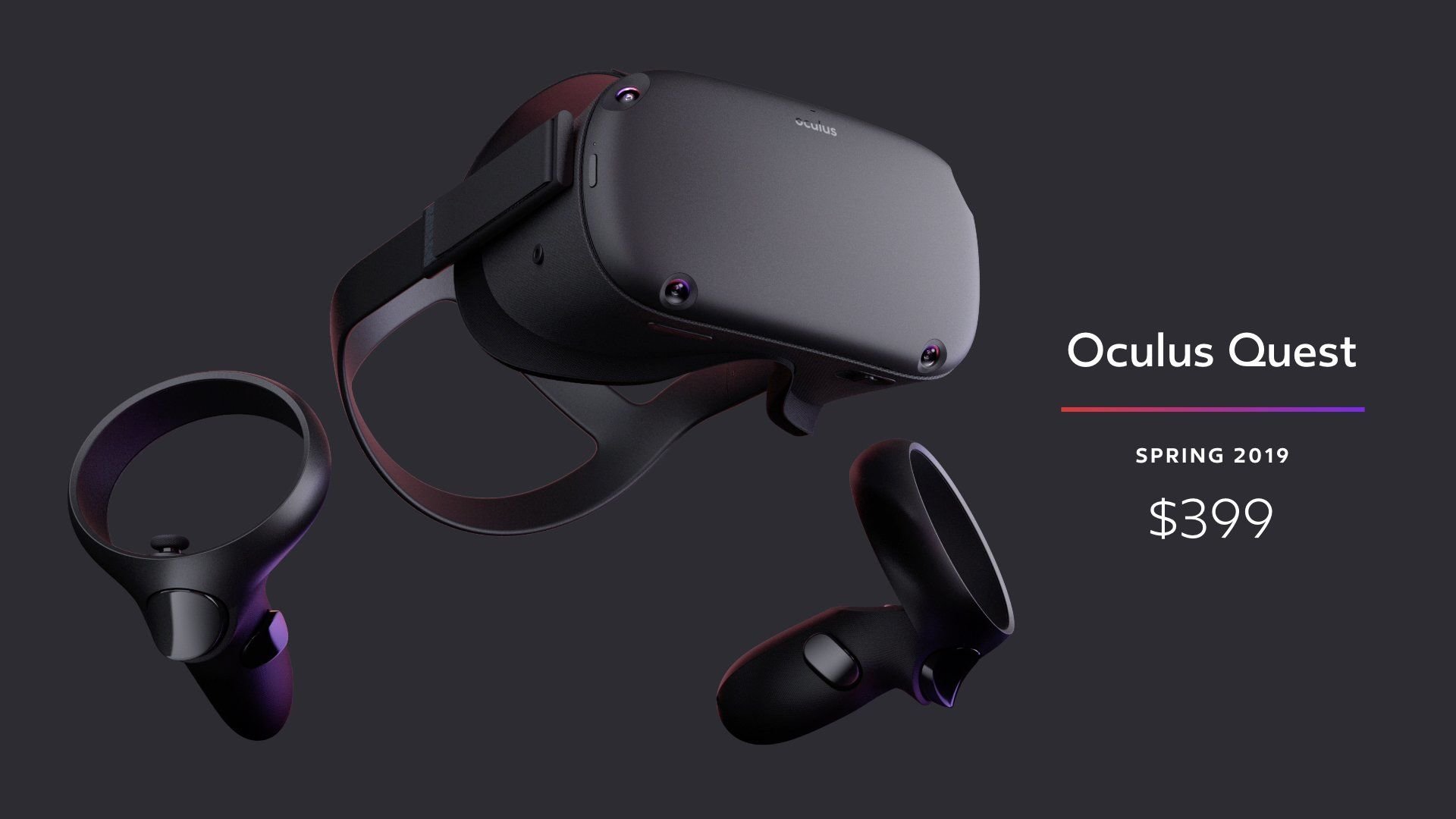 Since the release of its first VR headset, Oculus VR has made it possible for more people to enjoy virtual reality. From the Oculus Gear, Oculus Go, and now the Oculus Quest, there is no doubt that you’ll be getting a great bargain regardless of your choice. Both the Oculus Go and the Oculus quest do not require a PC to operate and costs lesser compared to other VR headset brands. Here is a comparison between these 2 amazing headsets to help you know the best between them:

The Oculus Go and Oculus Quest are a true reflection of the huge developments that have happened in the world of virtual reality. Though they are different in appearance, both headsets have smooth exteriors and there are no sensor hitches or dips when using them. They are also quite comfortable when wearing them for longer duration and this means you will not have any limitations when gaming or watching a VR movie. To make it even better, the Oculus Go and the Quest are available in different shapes and sizes and your choice will depend on your face.

Another similarity in the designing of both headsets is the audio solution that allows you to hear what is happening around you even as you enjoy virtual reality. With this, you’ll be able to take charge of things at home without the need to halt your virtual experience.

The Oculus Go has a larger software library, some which have its titles and hundreds of other titles that were initially made for the Oculus Gear headset.

For the Oculus Quest, the software library is minimal which means you’ll have lesser options when making your choices. There is hope, however, that more choices will be available in the future as the developer is still working on making this possible.

The Oculus Go has a battery life indicator that will allow you to have better control when immersed in the world of virtual reality. You will be able to know when to plug it in for charges so that you do not abandon an interesting VR game halfway. The Oculus quest does not have this option though it will be possible to enjoy VR for about three hours before the need to recharge it arises. You can still use both headsets when plugged in for charging though this will deny you the freedom of having a wireless virtual reality headset.

Another benefit when using the Oculus Quest is the long charging code which will allow you to maintain your VR freedom even when your headset is charging. The Quest drains its battery really fast and the long charging cord is a great addition if you want to have an uninterrupted virtual reality experience.

The Oculus Quest has an OLED display that gives room for unending contrast ratio, better viewing angles, and fast response time something that the Oculus Go does not have. It also has adjustable lenses that give room for sharper and clearer images when gaming which provides varying options for different users. For instance, if you use glasses, you can still enjoy virtual reality using the Oculus Quest VR headset.  You will use the spacer option to get the space you need to use glasses when enjoying your virtual reality experience. The Oculus go is does not have adjustable lenses, something that could limit a user that has special needs such as the use of glasses.

Though the Oculus Go and Quest do not need external trackers, the Oculus Go uses on-board sensors such as gyroscope, magnetometer or accelerometer that only delivers 3 degrees freedom – tilt and rotate tracking. You will not be able to carry out positional tracking which means you’ll never know if you are making a sideways, upward and downward or even a forward and backward movement. This means your control when gaming will be very limited which could make your experience less enjoyable.

The Quest has better control, thanks to the 4 corner-mounted sensors on its headset. When wearing it, you will enjoy 6 degrees freedom which will make it possible to enjoy a roomscale experience. You will also be able to mark your boundaries and track objects which will prevent you from bumping into chairs and walls when enjoying your VR experience.

Oculus Quest has 2 motion controllers which will allow you to remain in control and have a closer interaction with the virtual world. It will also be possible to make use of both hands to make moves such as virtual bow & arrow usage or play beat saber. It will also make it possible for you to map your play area and in doing this, you will not bump into walls or furniture when gaming or watching VR videos. Whether you want to run about, jump or make any sort of movement, the Oculus quest will make this possible without compromising your safety. You have to really control your movement when using the Oculus go as it does not have a guardian tracking capability

Both the Oculus Go and the Quest have their own display, processor, storage, battery, and processor and this means you don’t need separate hardware to operate them. This makes it possible to use these virtual reality headsets in any place that is convenient for you.

Are you afraid of suffering from motion sickness when enjoying virtual reality? If you are, the Oculus Quest will be your better option regardless of the amount of time you spend playing your favorite game. When using the Oculus Go, there is a likelihood that you will suffer from motion sickness which will limit the duration you’ll spend enjoying virtual reality.

One of the greatest advantages of buying the Oculus Go is the low cost at which you’ll buy the VR headset. if you buy the one that has a 32GB memory, the cost will be $199 and if you want the 64GB VR headset, the cost will be slightly higher at $249.

The Oculus Quest is more expensive at $399 which means you’ll be spending an additional $200 in your purchase. However, considering that you’ll be getting a 6 degrees freedom with the Quest virtual reality device, the additional cost is worth it. You’ll also be able to enjoy a more intense gaming experience with the Oculus Quest compared to the Oculus Go where you will only be able to engage in light gaming.

There is no doubt that the Oculus Quest is one of the best wireless virtual reality headsets in the market today. Whether you are new in virtual reality or you have vast experience in VR, this wireless gadget is easy to set up and use. You do not have to worry about spending additional funds in buying a PC as you do not need it when using the quest. It also has the advantage of a long charging code that will make it possible for you to continue using it even when it is plugged in for charging.

If, on the other hand, you are just starting in the world of virtual reality and have a limited budget for your VR headset, the Oculus Go is your to go choice. You will get one for as little as $199 which is quite low compared to the $399 you will spend buying the Oculus quest headset. You need to be prepared for a less detailed, less capable, and a less powerful virtual reality encounter when using this headset. When it comes to the video library you can access, the Oculus Go takes the win as you will be able to access a wider range of content. The Quest has limited content though the developer is working on making more content available using this virtual reality headset.

Considering the two VR headsets, the Quest takes the lead as it is more powerful and will provide you with better control when gaming. It is quite easy to use whether you are new in virtual reality or you are an expert. The price may be higher but the additional details that were incorporated in its making make it worth the $399 you will pay to buy it. Get yourself the quest today and enjoy the best virtual reality experience. You can save up and make your purchase when you have the funds as it is definitely a worthy investment!