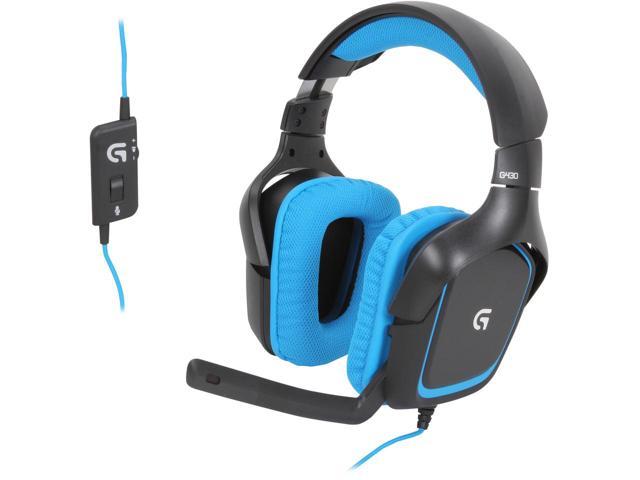 If you are a true, hardcore gamer, it is important to have an impeccable pair of headphones capable of delivering the promise of immersive gaming experience on a budget. Many brands have spent a great deal of time and effort to pioneer the next generation headsets that serve this purpose. In this article, we will take a look at what Logitech has to offer to gamers, most notably through its G230 and G430 headsets.

The Swiss company has gone to great lengths to develop these two headphones. While the two have some similarities in terms of what they have to offer, they also a few traits that make them inherently different. At the end of the day, it all boils down to your budget and your own personal expectations when it comes to gaming.

Logitech G230: A Pocket-Friendly Headset for the Modern Gamer

What’s Good About it?

Priced at $59.99 in the US market, Logitech has done quite well to offer its fans an excellent set of headphones. The drivers in the headset employ powerful, permanent neodymium magnets that help significantly in creating an enhanced stereo sound experience. The quality of the sound is flawless and it is set to keep you engaged in your games for hours. It does a fantastic job in keeping the ambient sound at bay, allowing you to dive deeper into your game.

Speaking of playing for hours, kudos to Logitech for realizing how long gaming sessions can be! Knowing that online gamers too can sweat profusely, Logitech covered the ear cups with a high -performance cloth that maintains its coherence even after hours of use. The best part – they can be removed easily for washing. The padding is quite comfortable as well and you will never feel the strain on your ears.

Like most headsets in the present generation, the Logitech G230 also comes with a noise-cancellation, folding mic. We found this feature to be quite interesting since, at times, games may not be inclined to have a mic in front of them while playing. Combine this with the on-cable controls that allow you to adjust volume and switch to mute in seconds, we have got ourselves a pretty handy headset!

The G230 headset is also quite sturdy and lightweight. The ear cups can be rotated by 90 degrees, making it easier to store and move around. It also protects them from the direct strain that the cups may endure while being transported.

Coming to the negatives, we did find the sound level to be a bit low. Plus, we were also a bit disappointed by the strength of the swivelling/rotating joint at the ear cups and the headband. The joints were found to be a tad bit weak (understandable, since it is made of plastic) and if you don’t take care of them properly, they are likely to break. And if it breaks, you may have to get a new one.

With that, we would also like to point out that earmuffs can get warm after hours of use, so if you are a marathon gamer, this is something that you may want to keep in mind.

Logitech G430: The Next in Line for Evolution

What’s Good About it?

Logitech G430 is the big daddy of its G230 counterpart. It is bolder, better, and smoother. The headphones come with Dolby and DTS 7.1 surround sound system powered by Logitech’s in-house gaming software. What does this mean? It means the headset will elevate your gaming experience to the next level.

The quality of the sound is excellent and crisp; you will hear even the faintest of the noise with utmost clarity. And for this very reason, the Logitech G430 headphones will set you back by $79.99 – just 20 bucks more than the G230. This is a headset that is truly meant for gamers – it is compatible with all the latest gaming devices like Nintendo Switch, Xbox One, and PlayStation 4.

Needless to mention, the headset carries a USB port in addition to the 3.5mm jack. We also found the mic here to perform fairly better but it is expected, given its price point.

But at the same time, you may also want to consider the fact that apart from the Dolby/DTS surround sound system, there is nothing else that really warrants an $80 price tag for the G430 headset. The rest of the features are pretty much the same – on-cable controls, noise-cancelling microphone, padded design and earpads that can be removed and washed easily.

The quality of the sound does not reduce over time. The headset continues to deliver the same output, month after month, still performing to its sheer best. The earpads are quite breathable with pretty superior airflow in them, making them suitable to use for the long run. Of course, you may want to wash them regularly for hygiene purposes.

Once again, the problem may arise here because of durability – more specifically, the joints that connect the rotating cups with the headband. It is possibly made from the same material as the G230 and that’s the reason why the joints are susceptible to damage.

If you are looking for a top-notch headset on a budget, then you may want to go for the Logitech G230. On the other hand, if you can afford to dig deeper into your pockets, then the Logitech G430 is what you need. With a surround sound system, your movie and gaming experience is set to get a whole lot better!