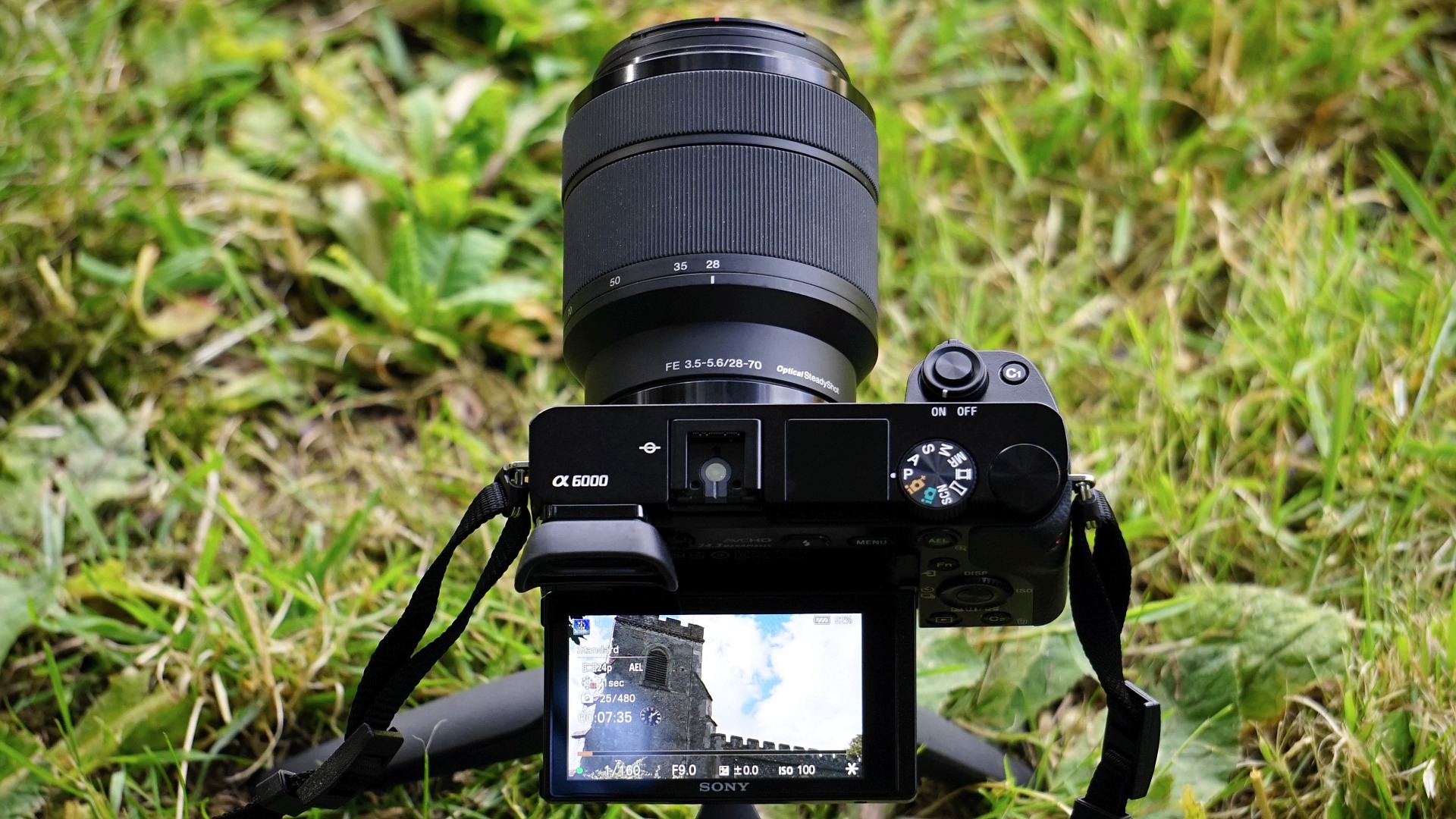 Now that you’ve decided to buy a camera, what are your biggest considerations?

Do you need a camera with an exceptional picture quality? A portable one maybe? Or you are considering other functionalities?

Well, regardless of what you need in a camera, Sony a5100 and Sony a6000 are great choices. This guide will help you in choosing the way to go based on your needs and preferences.

To start with, Sony is a camera manufacturer that has been in operation for over 30 years. Besides being fast, Sony Cameras produce big, clear images and are quite fast. The cameras are easy to carry around due to their relatively small size.

Before looking at how each camera stands out against the other, here are some similarities between them:

In addition, if the lens in Sony a5100 is bigger, the gripping space will be even smaller. You will find it quite awkward to hold compared to using the bigger Sony a6000.

Though Sony a6000 is heavier and looks bigger, the additional features make it better than Sony a5100.

Both a5100 and a600 have a 3-inch LCD screen and 922 dots resolution which helps in image preview and video playback. If you were looking for a camera that has an LCD screen without considering other features, either a6000 or a5100 will do.

Sony a5100 has a longer battery life, making it possible to make about 400 shots. Sony a6000 can only make 360 shots and if you need more shots, you have to recharge it.

This means Sony a5100 takes the win if battery life is your biggest consideration.

Though other features are important when choosing the right camera, the image quality tops the list.

The truth is, both Sony a5100 and a6000 have a similar sensor and processor which means the image quality is the same.

However, we cannot ignore the fact that a5100 takes the upper hand on touch autofocus which is missing in a6000.

It is important to note that the picture quality of either camera will be determined by the lens quality. The higher the quality, the better the images you’ll get from your shots. With all these considerations, you can choose either camera and still get high-quality photos. The more affordable a5100 or the pricier a6000.

Though both cameras are quite good in autofocus, a6000 is faster. As a fact, it will perfectly track subjects which makes it really good considering its age. It will be right to say that in matters autofocus, Sony a6000 is unbeatable.

With Sony a5100, the touchscreen focusing makes it possible for you to choose where the camera will focus. It will be a great choice especially if you are making a transition from smartphones as you’ll tap the screen to focus.

In matters continuous shooting, a6000 wins since it is able to take 11fps compared to Sony a5100 at 6fps. If you are into sports photography where you need to take fast shots, buying Sony a6000 will be a perfect choice.

Before considering how much a camera costs, it is important to know what you need in a camera.

Do you need an easy-to-use camera? You want a camera with minimal adjustment controls? Now, if the answer is yes, buying Sony a5100 at $400 will be a perfect choice.

On the other hand, if you need a more technical, substantial camera, go for Sony a6000. This camera has a great burst rate and also, you can install an external flash. For these additional features, you’ll pay a higher price at $500 which is $100 higher than Sony a5100.

This is quite a letdown as none of the two Sony brands have weather sealing. So, you need to be extra careful when using these cameras in outdoor locations.

If you are looking for a camera with weather sealing, you need to consider other brands.

Sony a5100 has a touchscreen capability which makes it quite convenient when handling its controls. This will make it so cool until the time when time is of the essence and you cannot switch modes fast enough. You may end up losing your shot before you access the right menu to change settings.

Sony a6000 doesn’t have a touch menu which may seem to be a downside. However, when it comes to switching modes, it will be very fast making it the best for capturing fast shots.

So, just like in most head to head comparisons, Sony a6000 takes a win in this.

When it comes to face detection both cameras have a tie. The cameras can detect human faces in the lens’ frames and focus on them.

If you are into taking portrait photos, either of these two amazing cameras will make a great choice.

Sony a5100 does not have a viewfinder and worse still, you cannot install a viewfinder externally. This is a huge issue when using the camera under strong lights as its visibility will be very limited.

Sony a6000 takes a clear win on this as it has an inbuilt electronic viewfinder. With this, you’ll be able to capture clear photos regardless of the available light.

Now, cameras are all about photography which means we cannot complete this comparison without mentioning photography. Based on the points above, it is clear that Sony a6000 takes the win in most cases.

Here is a closer look at the different types of photography:

Since Sony a6000 has an inbuilt viewfinder, it will enable you to stabilize your camera. It will also lower its shake since it is close to your body.

If you are looking for a camera for portrait shoots, a6000 is the best in this case.

During street photography, you’ll need a camera that will withstand bright lights at certain times of the day. This means a6000 that has a viewfinder will be the better option in this too.

It is important to note, however, that you can use either Sony a5100 or a6000 for street photography. But if quality really matters, Sony a6000 wins.

When it comes to sports photography, you need a pretty fast camera to allow swift continuous shots. Sony a5100 makes 6fps whereas a6000 makes 11fps making it the better option.

Since both Sony a5100 and a6000 have large sensors and a high resolution, you can use either of them for landscape photography. Both allow live views though they do not have weather sealing.

When you consider the pros and cons of both a5100 and a6000, it is evident that both have their strongest and weak points. However, it will be right to say that Sony a6000 takes the win and would be a better camera. But for these additional advantages, you have to pay a higher price for your purchase.

Now, as you can see, both cameras have their strong and weak points and your choice will depend on various factors.

If you are working on a budget, Sony A5100 makes a good choice as it is $100 cheaper compared to a6000. It will also make a great choice if you need a simple, touchscreen camera that takes fast shots.

On the other hand, if you need a camera that has more features and functionalities, Sony a6000 is the best. However, what is important is your individual choice and what fits your budget. The differences at times are hardly noticeable unless you are a pro in photography.

Sony a6000 has more advanced features, more shots, and will produce clear images regardless of where you use it.

This said, both Sony a5100 and a6000 are great cameras though ‘good’ will vary from person to person. The most important factor is knowing what you really want in a camera so you can buy the best.